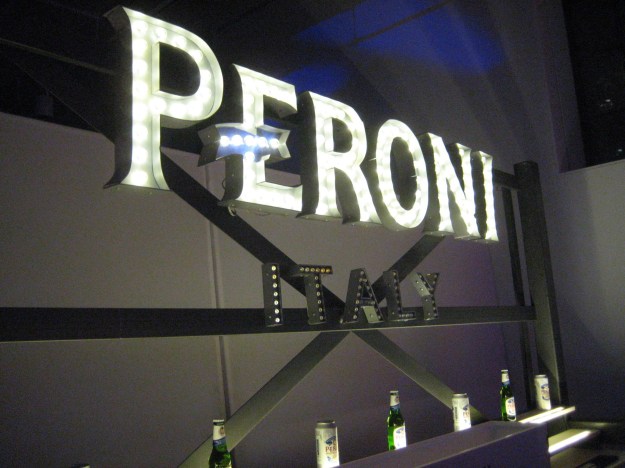 The last night of the Royal Ontario Museum: Friday Night Live’s ‘Volcanic Bash’ was on point.  Full on with their eye for impeccable details, Pompeii Roman themes, volcano nods and enough warmth emanating from the space to soothe our cold bones from the winter’s chill.

The night’s theme was ‘Volcanic Rocks’ celebrating the soon to be closing (on January 3, 2016) ‘Pompeii: In the Shadow of the Volcano’ exhibit.  We made sure to check out the space which told the dramatic story of an ancient civilization frozen in time and features 200 remarkable objects, many of which appear for first time in Toronto. Check it out before it closes!  http://www.rom.on.ca/en/Pompeii

This week we checked out House DJ Conor Cutz at the Currelly Mainstage who was spinning some old school beats.  FNL’ers were already on the floor and dancing when we arrived.  We grabbed some cocktails from the Cocktail Lounge under the dinosaur to inhale some of the friendly and chilled vibe already a brewing. 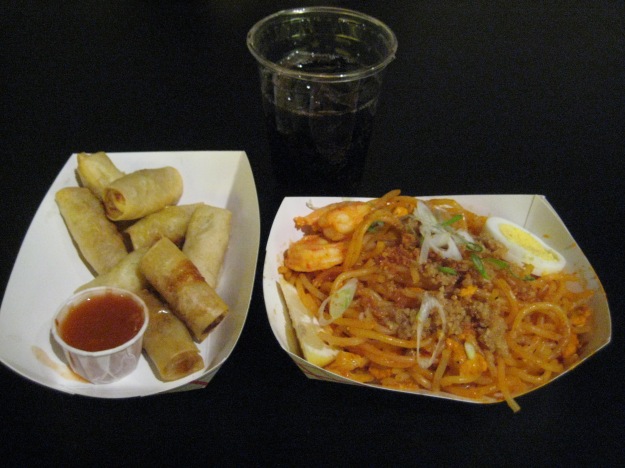 We carried on to get some dinner at Tita Flips in the Chinese Architecture space.  We used our ROMBUCKS on her Palabok (Cornstarch noodles in special sauce topped with hard-boiled eggs, shrimp, crushed pork rinds, tofu, minced green onions) and Fried Lumpia (Deep fried Vegetable spring rolls with vinegar-garlic sauce).  They satiated us, were flavourful and for a mere $6 a meal – we could have eaten more! But we had more to see and taste!  Check her out http://titaflips.com/!

As we glided upstairs to the second floor we found the Ice Volcano Ice Cream booth in Earth’s Treasures.  Ice Volcano Ice Cream is not only about the delicious gourmet ice cream, you also get to experience the thrill of watching it being made right in front of your eyes.  The extreme coldness of the liquid nitrogen and your customized ice cream appears in a matter of seconds. The simple combination of milk, cream and sugar is quickly turned into ice cream in under 60 seconds.

The Ice Volcano Ice Cream fit perfectly into the ‘Volcanic Bash’ theme of the night.  The flavour we indulged upon was the Blueberry Cheesecake which had all the makings of a gourmet cheesecake.  Breads crumbs and all!  It was rich, tasty and dreamy.  Next time you attend FNL – get to the Ice Volcano Ice Cream booth early.  Their queues get long after 9 p.m..  http://www.icevolcano.ca/home.html 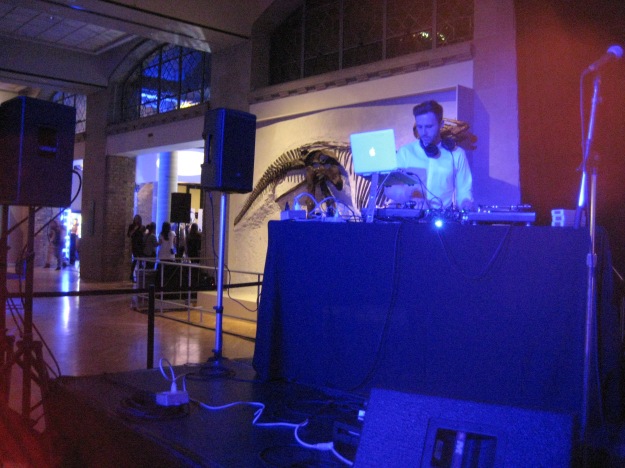 We also grabbed some additional dessert at Curbside Bliss in the Biodiversity:  Life in Crisis area.  As per the Curbside Bliss website, ‘Curbside Bliss is Canada’s first mobile gourmet bakery. Our elegant, mobile bakery cruises around the GTA bringing supreme taste bud BLISS to those wanting a sweet fix. All of the prepping, baking, frosting, packaging and ultimately – you taking some BLISS home to enjoy – the entire process is done right from the mobile kitchen truck.’

We indulged upon the Red Velvet cupcakes which can be described as ‘Red velvet sponge with cream cheese frosting’ and Strawberry Cupcakes, ‘Strawberry sponge infused with whip cream and topped with fresh strawberry frosting.’  They were fresh, tasty and a perfect palate cleanser after our earlier eats.  Check her out, http://www.curbsideblisscupcakes.com/.

As we finished up for the night on the dance floor.  We grabbed a pint of Peroni and sauntered back down to Level One to dance the night away with ‘The Damn Truth’ a rock & roll band from Montreal.

It was truly a volcanic night at the ROM.  Fun, good energy and chillaxed folk.  Looking forward to celebrating with you and the ROM in 2016!