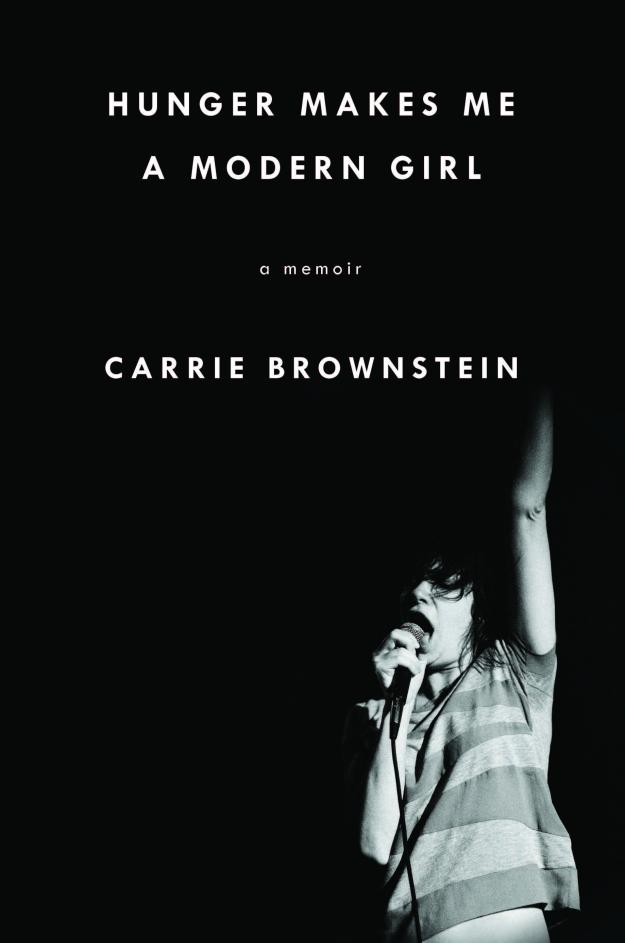 From the guitarist of the pioneering band Sleater-Kinney, the book Kim Gordon says “everyone has been waiting for” and a New York Times Notable Book of 2015– a candid, funny, and deeply personal look at making a life–and finding yourself–in music.

Before Carrie Brownstein became a music icon, she was a young girl growing up in the Pacific Northwest just as it was becoming the setting for one the most important movements in rock history. Seeking a sense of home and identity, she would discover both while moving from spectator to creator in experiencing the power and mystery of a live performance. With Sleater-Kinney, Brownstein and her bandmates rose to prominence in the burgeoning underground feminist punk-rock movement that would define music and pop culture in the 1990s. They would be cited as “America’s best rock band” by legendary music critic Greil Marcus for their defiant, exuberant brand of punk that resisted labels and limitations, and redefined notions of gender in rock.

HUNGER MAKES ME A MODERN GIRL is an intimate and revealing narrative of her escape from a turbulent family life into a world where music was the means toward self-invention, community, and rescue. Along the way, Brownstein chronicles the excitement and contradictions within the era’s flourishing and fiercely independent music subculture, including experiences that sowed the seeds for the observational satire of the popular television series Portlandia years later.

With deft, lucid prose Brownstein proves herself as formidable on the page as on the stage. Accessibly raw, honest and heartfelt, this book captures the experience of being a young woman, a born performer and an outsider, and ultimately finding one’s true calling through hard work, courage and the intoxicating power of rock and roll.

‘If nothing else, I was living in a town that had once been home to Kurt Cobain. The simplify version of his story could be reduced to a guy who signed to a major label, got so famous that he felt alienated from his audience, and then killed himself.  And Nirvana had done it right – they had changed the weather, they had rewritten the rules, their music had mattered.  And then:  death.  This tragedy was now in the figurative guidebook – it functioned as a cautionary tale.  To wish for more was to wish for something potentially, crushingly horrible.  So if you did wish for more, you had to keep it a secret.

We chose Kill Rock Stars. We stayed close to home.

The thing is, Sleater-Kinney was ambitious. We didn’t only want to preach to the choir, to the already-converted.  We knew there was a potential audience in parts of the country that didn’t have a ‘scene’, an infrastructure.  That there were people who wouldn’t hear about us via word of mouth or fanzines or independent records stores.  Some people might only be exposed to our band if we were featured in larger magazines or sold our albums in big-boxes stores.  Eventually, I started to cringe at the elitism that was often paired with punk and the like.  A movement that professed inclusiveness seemed to actually be highly exclusive, as alienating and ungraspable as many of the clubs and institutions that drove us to the fringes in the first place.  One set of rules had simply been replaced by new ones, and they were just as difficult to follow.’

I was never a huge fan of Sleater-Kinney in my grunge years. Only recently did I fully acquaint myself with SK after getting overly giddy with Carrie Brownstein in her co-written series (with Fred Armisen) Portlandia.   If a band at 42 can still make me bust it in my kitchen on a Sunday a.m., it’s SK. Better late than never.

‘Hunger Makes Me a Modern Girl’ is a fanatic ode to a time where Brownstein and her and mates were trail blazing punk rock with a west coast tinge. In SK’s case their music is and was politically charged, filled with lyrics of verbose intent and knocking on doors with their knuckles that were refusing to budge.  ‘Hunger Makes Me a Modern Girl’ speaks of turbulent on the road journeys, romantic explosions, conundrums with their record company and how Sleater-Kinney, Washington made them and broke them.

‘Hunger Makes Me a Modern Girl’ gives the reader an excellent snapshot into Brownstein’s childhood in Washington and how it shaped her into a rocker with a sensitive side and a comedy writer with a field of depth we would have never have guessed was a part of her deep personal fabric.

‘Hunger Makes Me a Modern Girl’ is a perfect stocking stuffer book for the music geek in your family. It is also a neat book to pick up for that loved one who is avid punk rock fan.  ‘Hunger Makes Me a Modern Girl’ is a wonderful encyclopedia on the behind the scenes of the riot girl movement, the historical fine details of the Seattle scene and highlighting those players who carved out a time that brought us more than plaid and Doc Marten’s.

Brownstein’s written voice is profound, well read and introspective. ‘Hunger Makes Me a Modern Girl’ is brimming with sage reflection and moments that are still raw to the touch.

Catch Carrie Brownstein at Toronto Reference Library Bram & Bluma Appel Salon on Thursday Dec 17, 2015 from 7:00 p.m. – 8:30 p.m.. This event has been rescheduled for December 17. All customers with November 17 tickets have been given priority and offered tickets for this new date. If you are interested in attending please add your name to the waitlist HERE http://www.torontopubliclibrary.ca/detail.jsp?R=EVT206528.